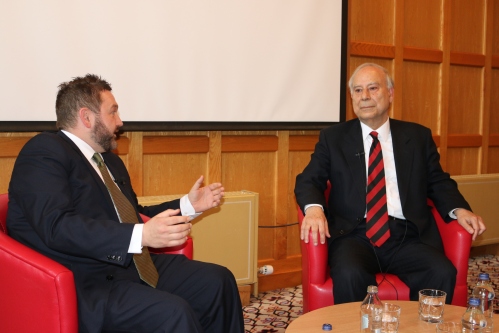 BBC Northern Ireland, June 1, 2014 – “The rosy glow of world-wide attention received from millions of people watching the Giro d’Italia here has faded to accusations of an ugly stain of religious intolerance and racial bigotry. The world’s foremost expert on global contemporary Islam visited Belfast this week amongst the furore to deliver a major lecture at Queen’s university. Professor Akbar Ahmed talks to @williamcrawley about the myths and misunderstandings that follow Muslims living in the Western world and about the controversy that has engulfed the First Minister.”